We focus on the import and sale of electrotechnical products to the electronics and electrical industries. The manufacturers we represent are well-known, industry-leading companies. We belong to the Etola Group, which is a domestic family business employing approx 1,550 people.

Our offices and warehouses are located near the airport in Suutarila, Helsinki. Through our warehouse, we are able to offer punctual deliveries according to the needs of our customers.

We base our operations on expert service, both technical and logistical expertise. We utilize the benefits of a large group logistically. With this concept and the principle of continuous improvement, we strive to offer our customers competitive total solutions, in terms of the products and services themselves. Our operating system is certified according to ISO9001 and ISO14001 standards.

With the growth of the electronics industry, the Etola companies also turned their interest in this emerging industry in the 1970s. In 1974, within the framework of the then Kumi-Tuote Oy, it was decided to establish an electronics department alongside the traditional industries.

Initially, the product range was based on connectors launched by Panduit. Power supplies, relays, switches and various sensors were quickly added to the product range. At the end of the decade, the department adopted the trade name ETRA-Electronics.

In 1995, Etra acquired Dielectric Oy, to which ETRA-Electronics was merged in 1999. This gave rise to ETRA-Dielectric Oy, an independent company focusing on the import and wholesale of electronics and components.

During the current decade, Hexatronic Oy was merged into the company in 2005. Dinlog Oy ‘s business was acquired in 2006. Dinlog Oy will operate as an independent subsidiary until the end of 2007. At the beginning of September 2007, ETRA-Dielectric Oy was renamed ETRA Electronics Oy. With our new name, we want to emphasize our original brand name, as well as say that we are a permanent and reliable partner in our industry.

Our operating system is certified according to ISO9001 and ISO14001 standards. 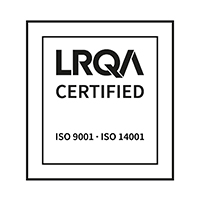